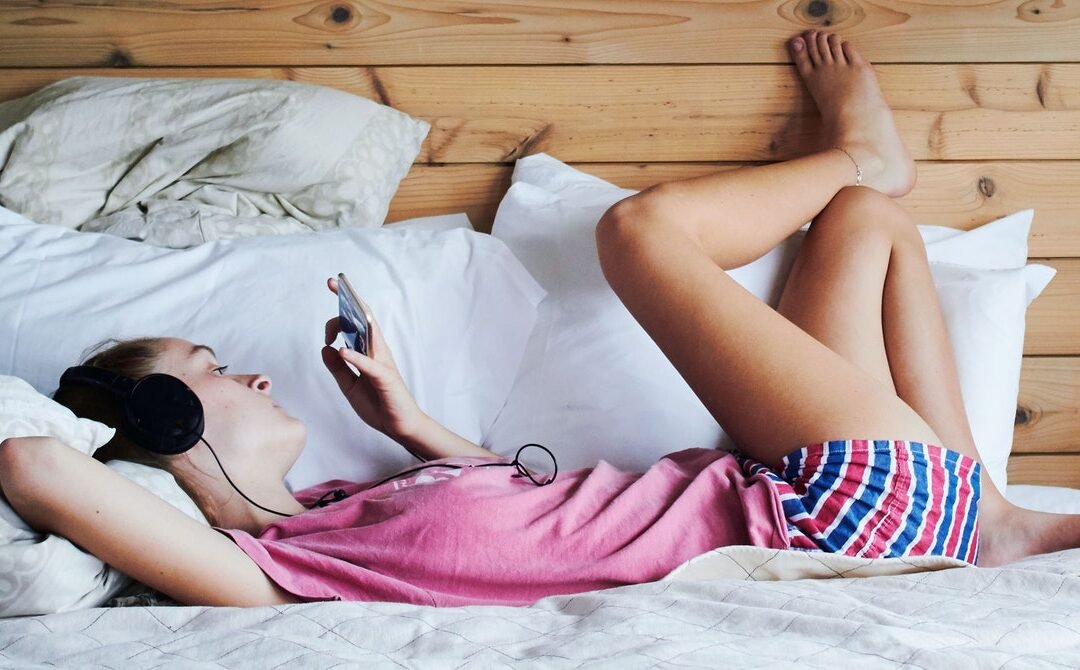 The Monitor is a weekly column devoted to everything happening in the WIRED world of culture, from movies to memes, TV to Twitter.

If you’re a YouTube TV user and like Sunday Night Football, chances are you’ve spent the past few days wondering whether you’ll be able to stream this weekend’s game.

In case you’re not the kind of person who follows business negotiations between multinational corporations (why would you be? I only follow them because it’s literally my job), here’s a primer: Earlier this week it came to light that the contract YouTube TV had to offer some 14+ channels from NBCUniversal—NBC, Telemundo, MSNBC, Golf, etc.—was set to expire on Thursday. Negotiations were reportedly at an impasse, and if the companies couldn’t reach a deal, all those NBCU channels would disappear from YouTube TV streams. NBCU, it seemed, wanted YouTube parent company Google to bundle its own streaming service, Peacock, with YouTube TV. The streaming service, meanwhile, wanted “the same rates that services of a similar size get from NBCU so we can continue offering YouTube TV to members at a fair price,” according to a blog post. On Thursday, the companies agreed to a “short” extension to keep the NBCU channels on YouTube TV.

The outcome of this dustup notwithstanding, it was a harbinger of the fact that navigating the streaming wars doesn’t really feel that different from navigating cable. Or, as our colleagues over at Ars Technica put it, “The dispute is a reminder that the bundling practices common to cable and satellite TV may not be eliminated by the rise of streaming services.” Streaming was supposed to help users cut the cord; more and more, it seems like it’s just out to replace the rope.

Yes, we at WIRED have said some version of this before. Earlier this year, I argued that as media companies consolidated, consumers would ultimately end up with another Big Three— that CBS, ABC, and NBC would ultimately lose territory to, say, Netflix, Amazon Prime Video, and Disney+. That still seems fairly likely. But the new battleground the YouTube TV and NBCU fracas opens up is one centered on carriers. The whole promise of streaming was that content providers could go direct-to-consumer. You want everything Disney has? Get Disney+. Love nature shows and home makeovers? Get Discovery+. But now there are so many services that viewers and companies are desperate to find ways to, in the parlance of the industry, bundle them—something that might feel like deja vu to anyone who ever tried to make the hard decisions involved in choosing between basic or premium cable packages.

Take, for example, Hulu. The service has become something of a stalwart of the streaming game for a while now. But folks forget that it started as an effort by the parent companies of NBC, ABC, and Fox to offer those channels on a Netflix-like service. It was meant to be a way for legacy networks to get in on the streaming action. In 2019, after Disney closed its $71 billion acquisition of Fox, it gained control of Hulu in a separate arrangement with NBCUniversal’s parent company Comcast. Now, consumers can get Hulu in a bundle with Disney+ and ESPN+, since, of course, ESPN is also a Disney property. There’s also now FX on Hulu, which gives Hulu subscribers access to a lot of premium Fox content. A Disney channel, ESPN, and FX? If that doesn’t feel like one of the cable packages of yore, nothing does.

This is where things get hairy, though. As part of Disney’s deal for control of Hulu, Comcast agreed to continue to license NBCUniversal content to Hulu until 2024, but NBCU retained the rights to pull back some of its programming that was exclusively licensed to Hulu. With the launch of Peacock last year, it stood to reason that NBCU would eventually want a lot of its programming on that service to bolster its appeal to consumers. 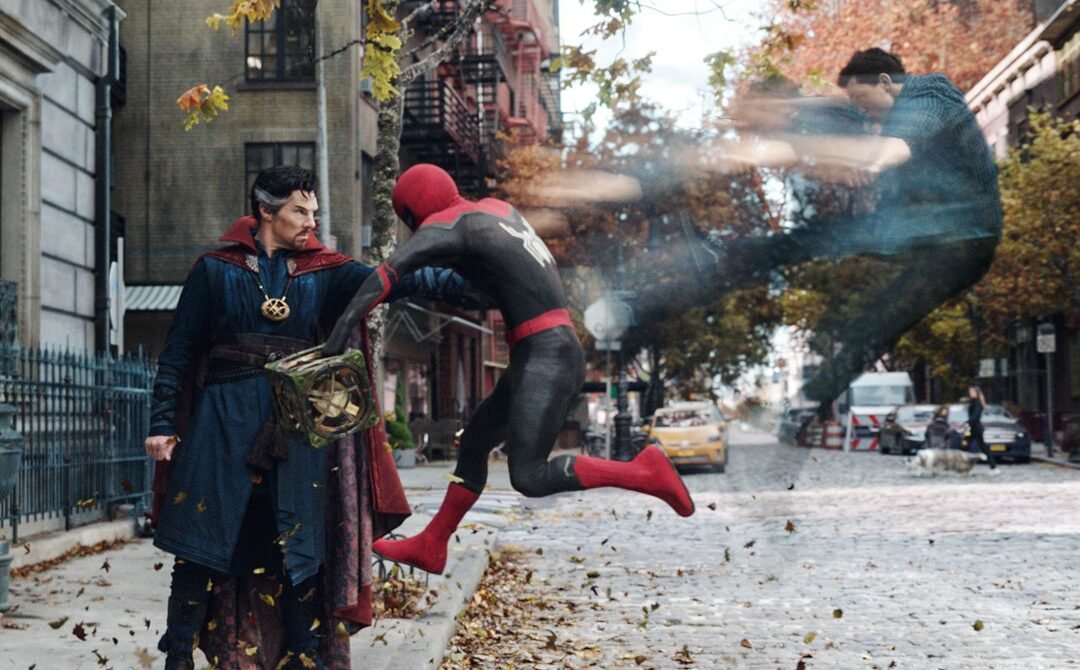 You Should Have Waited for the Official ‘Spider-Man: No Way Home’ Trailer

The Monitor is a weekly column devoted to everything happening in the WIRED world of culture, from movies to memes, TV to Twitter.

Didya, hear? There’s a new Spider-Man: No Way Home trailer! Oh, you did hear? That makes sense; it only dropped on Monday and has already become one of the most viewed trailers of all time. Also, it leaked on TikTok before then, causing a stir, a few memes, and more than a few take-down notices from Sony. The trailer is cool—it’s got Doctor Strange and a whole multiversal mess—but that’s not the point here. The point, dear reader, is that Spider-Man: No Way Home can wait.

That’s not to say the film’s December 17 release date should change—definitely not—just that when it comes to trailer releases, “first looks,” and all other manner of movie hype, the mad scramble to leak, view, and dissect every single thing that comes out prior to a movie’s release is fully out of hand. Regardless of how excited you are for Tom Holland’s next turn as Spider-Man—we all are!—looking at a video of a phone filming a trailer on another phone just really isn’t serving anyone.

Yes, this has been going on forever. For years fans (and Reddit boards) have found a way to turn any grainy on-set photo into news. Same goes for footage shown at fan conventions and industry events. Things leaking has become so common, the folks behind the Spider-Man franchise have turned it into a joke wherein Holland leaks things like the title for Spider-Man: Far From Home and the poster for Avengers: Infinity War. That’s fine. As any maxi pad advertisement will tell you, leaks happen. But at this point, it’s totally played out.

I get it. People are hyped to see Spider-Man: No Way Home, and with movie-going in a state of, shall we say, flux right now, there aren’t quite as many movies to talk about and folks aren’t seeing new trailers every weekend at the multiplex. (Or, at least, they’re probably not.) Cinephiles are, shall we say, thirsty. But watching a leak of a leak is just kind of dumb—especially when a proper trailer is on its way. It’s hard to say if Sony/Marvel would’ve released the trailer this week if the leak hadn’t happened, but come on. It was going to arrive sometime. Just wait and watch it when it drops.

Does this make me sound like a Hollywood shill? That’s not the intention. Studios are going to run promotional campaigns like they always do and fans are going to try to outsmart them by seeking out secret info all the same. That’s the cat-and-mouse of fandom. For those who love the chase, it’s thrilling. But I’m arguing that indulging too much in half-baked content deprives you of actually seeing something good. Watching Doctor Strange show up and unleash the multiverse in that No Way Home trailer was dope as hell—I’m glad I didn’t watch it in a watermarked version on some other dude’s phone on TikTok.

But that’s just me. Maybe I’m weird! What I know is this: This week, Warner Bros. gave a presentation on the new Matrix movie—which we now know is called The Matrix: Resurrections—at CinemaCon. I’ve been waiting for this film for, I dunno, let’s call it 20 years. As soon as the presentation ended, scores of sites posted recaps of the footage shown. I devoured them, tried to imagine every scene in detail. (It’s part of the job.) When I was done, though, the experience wasn’t fulfilling. What I had was information about the movie, when what I wanted was the experience of it. Like Neo, I suddenly knew too much. I wish I didn’t.