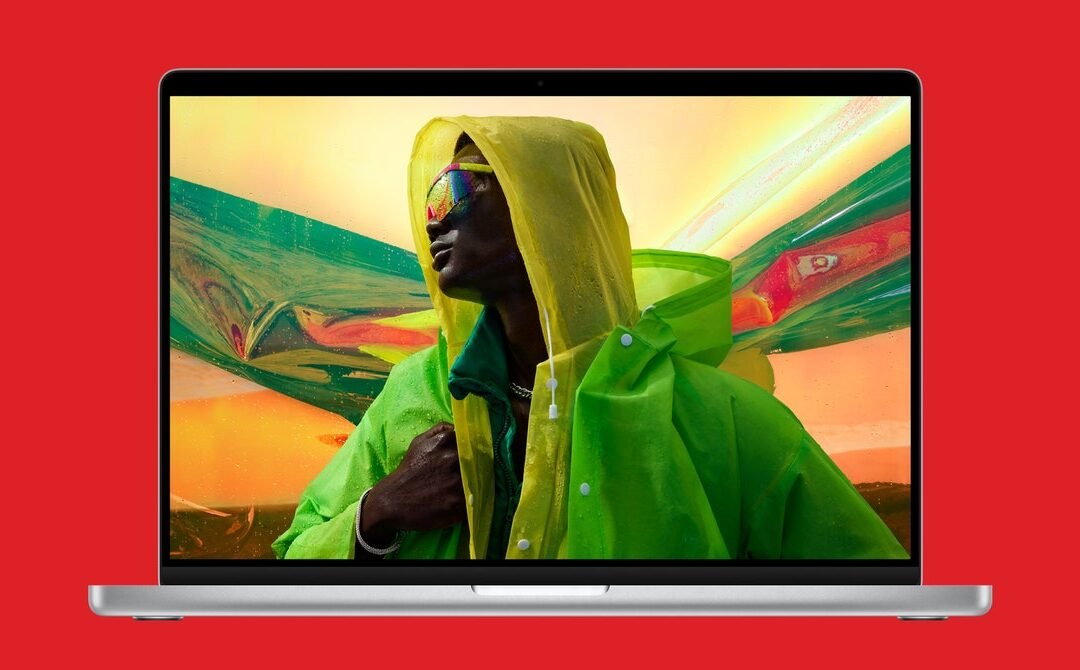 The reintroduction of a MagSafe magnetic charging port, a staple in older Macs, is especially welcome if you tend to be clumsy and trip over your charging cables. MagSafe mostly ensures the cable releases and that the laptop doesn’t go crashing to the floor.

That reversion to functionality has come with some sacrifice. The new MacBook Pros are heavier than the previous generation of MacBook Pro, weighing 4.7 pounds and 3.5 pounds, respectively, adding about a half pound of heft to the previous generation. But they’re also just a hair thicker, which means Apple has done some clever maneuvering of the machines’ internals to make these ports fit. Battery life, in some ways the only spec that matters, is supposed to be substantially better as well.

The MacBook Pros that Apple released today are the most comprehensive admission yet that the line was headed in the wrong direction.

That’s due in no small part to the chip upgrade these laptops are getting. The new M1 Pro and M1 Max chips build on last year’s M1 chip, which was Apple’s first custom-designed processor for Macs and powered last year’s MacBook Air and 13-inch MacBook Pro. These new chips should offer massive gains in performance—though benchmark and speed tests will soon reveal just how big these boosts are—and in a series of not-so-subtle charts, Apple showed how the chips should outperform Intel-powered machines in almost every category. The company claims that the M1 Max’s 32-core GPU, for example, rivals even the most powerful laptops with discrete graphics processors.

Apple’s own apps have been optimized for the new chips, which will start rolling out when the new MacBook Pros ship at the end of the month, and some third-party developers were on hand (via pretaped videos) to vouch for the newfound power of the Macs. But these new MacBook Pros will still use last year’s emulator to run some x86 apps. Arguably, it’s some of these apps that are the most important element of MacBook Pros: Buyers of Apple’s high-end hardware also tend to be the customers who will spend a lot of money on software, whether for their jobs or more casual use cases, and this is exactly who Apple is targeting with these $2,000-and-up machines.

“A lot of creative professionals have been anxious to see how the M1 was going to be developed for their needs,” says Mikako Kitagawa, research director at Gartner. “It’s not like all the apps they need are [optimized], but Apple has been working with key third-party developers like Adobe, so between the performance boost and key applications this could be the time for creative professionals to replace their devices.”

Kitagawa said she believes these new MacBook Pros won’t be high-volume items, considering their starting price of $2,000. Putting it another way: She doesn’t think that sales of the new MacBook Pros will alter Apple’s current market share in global PC shipments.

But the new machines are still technologically—and symbolically—significant for Apple. She noted that Microsoft recently announced a new Surface Studio laptop, which is also aimed at designers, developers, and producers. That’s another laptop that’s unlikely to make a huge dent in the market, but it’s a chance for Microsoft to show off what it thinks it can offer creative consumers. Appealing to creatives, and to some extent, counterculture, has been in Apple’s computer DNA. In recent years, it lost its way. To build MacBook Pros for the future, Apple rightly followed the path back to that past. 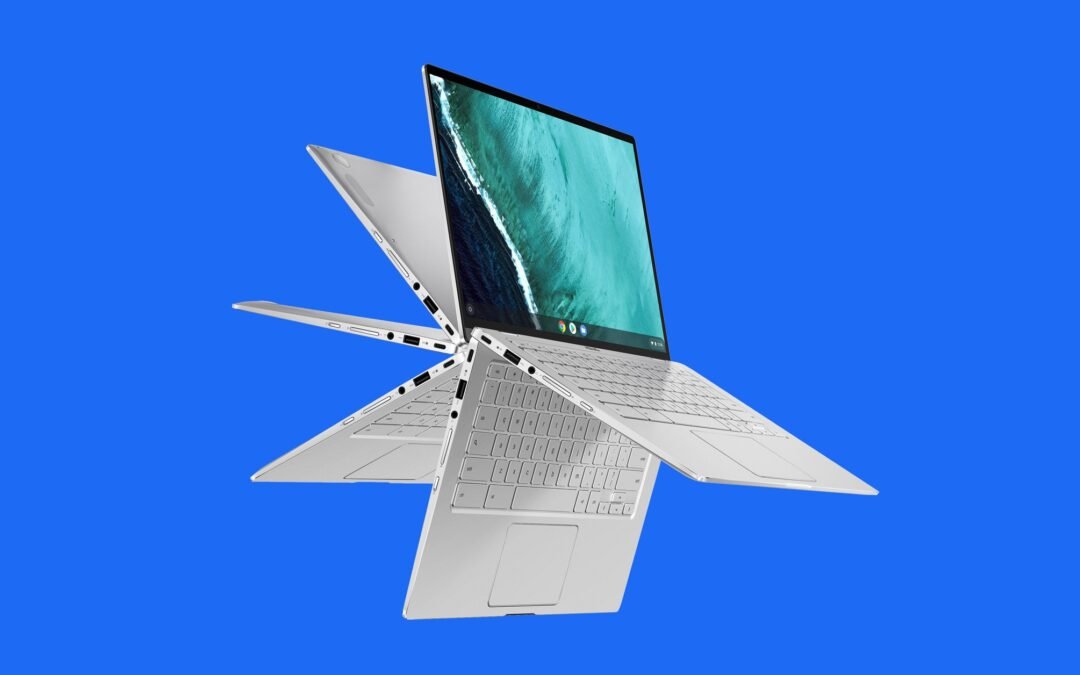 The Best Chromebooks for Every Budget

Chromebooks come in a bewildering array of configurations. Sometimes even trying to decide which options to get on a single model can be overwhelming. As a product tester, I have to use a spreadsheet to keep it all straight. But you shouldn’t have to do that, so here are some broad specs to keep in mind when choosing one.

Processor: Chromebooks use half a dozen different processors, most of which you’ve probably never heard of. There’s a reason for that: these processors are slow, and they don’t show up in Windows laptops. After trying out plenty of Intel Celeron-based machines (usually labeled N4000), my recommendation is to go with something more powerful if you can afford it. The next step up from the Celeron is the Core m3, which is the best choice for most people. If you want a more powerful, future-proof machine, get an i3 or i5 chip.

We’re starting to see more ARM-based Chromebooks, like the Lenovo Duet above. I haven’t had any issues using ARM Chromebooks, but they aren’t quite as speedy as the Intel Core chips. There are some newer Chromebooks using AMD’s new Ryzen chips, and I’ve had good experiences with them.

RAM: Get 8 gigabytes of memory if you can afford it, especially if you plan to run any Android applications. When I’ve experienced severe slowdowns and glitches, it’s almost always on a Chromebook with only 4 gigs of RAM.

Screen: Get an IPS LCD display. There are still a few low-end models out there with crappier TN LCD displays, and you should avoid those. Your pixel resolution depends on the size of the screen. I have used (and recommend) some 11-inch Chromebooks that have 720p displays. Because those screens are squeezed into a small form factor, I find them acceptably sharp, but of course, a 1080p screen will be much nicer.

Ports: Most things you do on a Chromebook are cloud-based, so you don’t really need to worry too much about ports. You might want a computer that charges through a USB-C port if you’d like to be able to run your Chromebook off a portable battery/charger, but unfortunately, USB-C is really only available in mid- and higher-priced models. It also helps to have a MicroSD slot for expanded storage if you need to download a lot of files during a typical day, but that option is also not widely available.

A good host always shares Wi-Fi with visitors, but explaining which network to join and spelling out the password (if you even remember it) can get tedious. Maybe you think you remember it, but it’s just not working and you insist your guest must be typing it in wrong. Then it hits you, you’ve been reciting your email password. Hey, it can happen to anyone.

There’s a much easier way to bestow Wi-Fi connectivity to your guests. If your router offers the option of creating a guest network, which we recommend because it helps you maintain a more secure Wi-Fi network, then that’s the password you should give them. Either way, here’s how to share Wi-Fi access quickly and easily on different devices.

How to Share Your Wi-Fi on iPhone, iPad, or Mac

Sharing Wi-Fi passwords between Apple devices is very easy, but your visitor needs to be listed in your Contacts and vice versa. Once you’re in each other’s Contacts list, make sure iPhones are on iOS 11 or newer, Macs on macOS High Sierra or later, and iPads on iPadOS. Here’s how to share it:

Not all Android phones have the same Settings menu, so yours might look different. Head to the Settings app and tap on Network and Internet.

With Android devices, you can use a QR code to share Wi-Fi details, provided the phones or tablets in question are running Android 10 or later. Here’s how:

Microsoft used to allow you to automatically share your Wi-Fi details with contacts through something called Wi-Fi Sense, but it was scrapped due to security concerns. Sadly, there’s now no quick and easy way to share a Wi-Fi password from a Windows device. All I can show you is how to find your Wi-Fi password in Windows:

Now that you’ve hooked your guests up, read our guides on how to make your Wi-Fi faster and how to secure it.