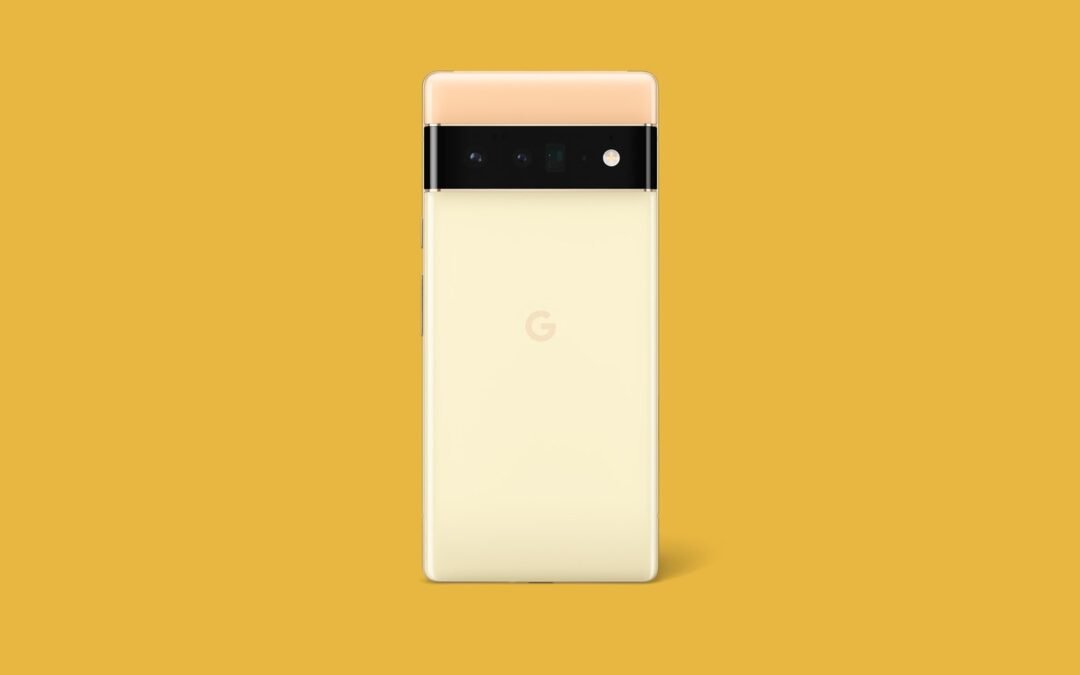 I’ve been using the two for the past few days and can’t share much about them just yet—look for our review next week—but these Pixels feel just as high-end as most $1,000 phones. The Pro especially has shiny aluminum around the edges that give it a classy look, whereas the Pixel 6 sticks with a matte texture that’s more subdued. Both are wrapped in glass, with Gorilla Glass Victus protecting the Pro’s screen, and Gorilla Glass 6 protecting the standard Pixel 6. Victus is a year or so newer than 6, and supposedly more protective.

These are also two of the larger Pixels Google has produced. The Pixel 6 has a 6.4-inch screen and the Pro is a 6.7 incher, but they don’t feel drastically different in size. That’s because the Pixel 6 has thicker borders around the screen, and the Pro’s screen curves out to the edges to maximize screen space.

They have pretty much any feature you’d want in a top-end Android phone, including OLED panels, stereo speakers, full 5G connectivity, speedy Wi-Fi 6E, IP68 water resistance, and wireless charging (a new Pixel Stand wireless charger is on the way too). Both also have fingerprint sensors baked into the display, a first for Google but a feature that’s become the norm on most high-end Android phones.

Here’s how they differ:

Pixel 6: There’s a 90-Hz screen refresh rate, just like on last year’s Pixel 5, and a 1,080 x 2,400-pixel resolution. The Tensor chip, which Google says delivers up to 80 percent faster performance over its Qualcomm-powered predecessor, is joined with 8 gigabytes of RAM. It has a 4,524-mAh battery cell, which Google says should last more than a day. Neither has a MicroSD card slot (nor a headphone jack), but on the Pixel 6, you can choose between 128 or 256 gigabyte storage options.

Pixel 6 Pro: You get a higher 1,440 x 3,120-pixel resolution and a 120-Hz screen refresh rate, which Google says can dip as low as 10-Hz when there’s not much happening on the screen to save battery life. The bigger size means a bigger 4,905-mAh capacity, and you also get 12 gigabytes of RAM. And if you record a lot of video, there’s an additional 512 gigabyte storage option. The Pro has an exclusive ultra wideband (UWB) chip, which can help it pinpoint the location of other UWB devices, similar to how the new iPhone 13 can find the precise location of Apple AirTags. Google says it will roll out “several features” that utilize UWB in the coming months but we don’t yet know what those will be.

Pixel phones are known for their stellar cameras, but their lead has waned. To combat this, Google is upgrading its imaging hardware. Both the Pixel 6 and Pixel 6 Pro have the same main camera, a 50-megapixel large 1/1.31-inch sensor that can take in up to 150 percent more light than the Pixel 5. The camera uses a process called pixel binning, where pixels merge to absorb more light, so you end up with a 12.5-megapixel photo. 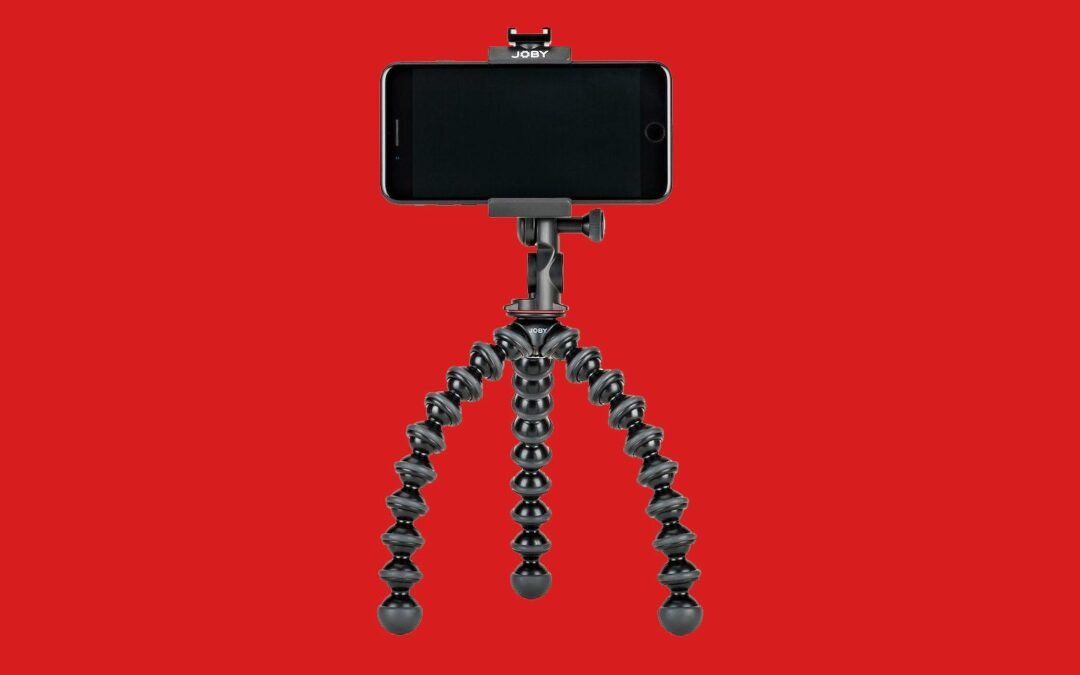 The Best Camera Gear for Your Smartphone

We’re living in a golden age of mobile photography. Also whatever the opposite of a golden age is for everything else. Depending on where you are, the global pandemic might make it tough to justify getting outside to shoot photos or videos, but most of the gear in this guide will up your game for making content at home with just your smartphone. Our favorite Android phones and iPhones have outstanding cameras, but tripods, mics, and video lights can elevate the quality of your work. Here’s everything you need to turn your phone into a pro-grade powerhouse.

Be sure to check out our other buying guides, like Gear and Tips to Make Studio-Grade Videos at Home, Best Compact Cameras, Best iPhone 13 Cases and Accessories, Best Pixel Phones and Cases, and Best Instant Cameras. 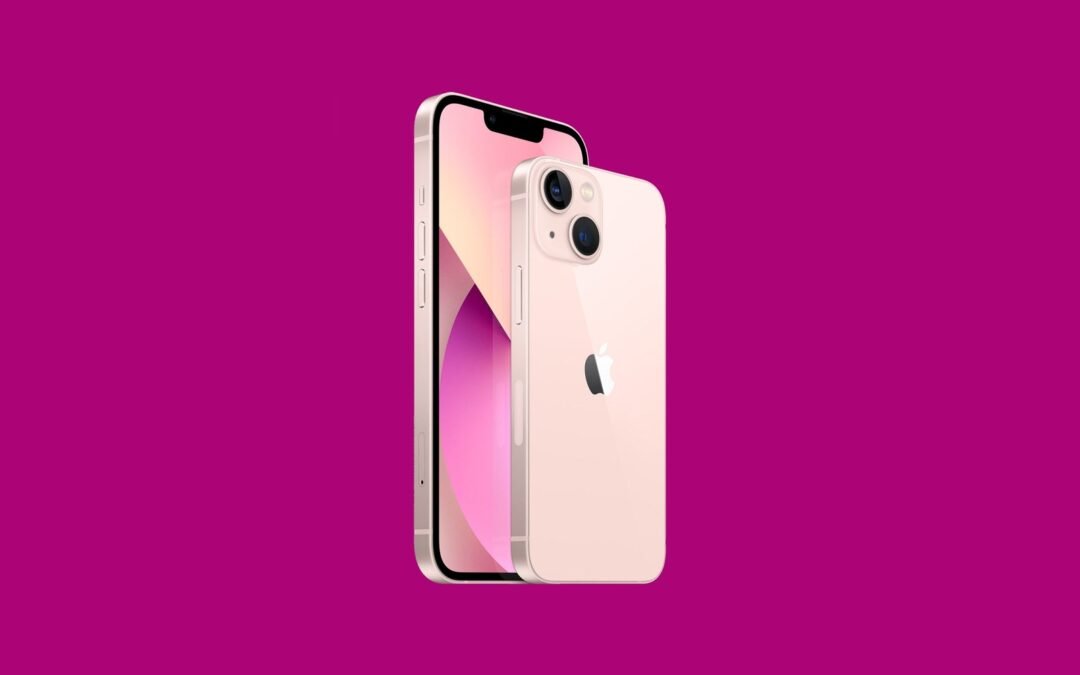 If you’ve been daydreaming about the iPhone 13 over the past few days, then you’ll be happy to know that you can order one very soon. Preorders for each of the four new iPhones start at 8 am EDT (6 am PDT) on September 17. If you’re struggling to find the best deal, you don’t know which model to choose, or you’re wondering if you even need to upgrade, we’ve got you covered.

Below, we break down the differences between the iPhone 13, iPhone 13 Mini, iPhone 13 Pro, and iPhone 13 Pro Max, and have included details on how to preorder one of these shiny new slabs of glass (or multiple, we don’t judge).

Special offer for Gear readers: Get a 1-Year Subscription to WIRED for $5 ($25 off). This includes unlimited access to WIRED.com and our print magazine (if you’d like). Subscriptions help fund the work we do every day.

If you buy something using links in our stories, we may earn a commission. This helps support our journalism. Learn more.

Is the Upgrade Necessary?

That mostly rings true for anyone with an iPhone 11 or iPhone 11 Pro. Unless you’re really into the boxier frame of the iPhone 12 and iPhone 13, have cash to spare, and want to future-proof your device with 5G connectivity, then you’re good with what you have. If you’re dealing with poor battery life, the first step is to try a battery replacement, which can go a long way in extending the life of your device for a nominal fee.

Got an older iPhone? Then have at it! Snag that iPhone 13 with no regrets.

The iPhone 13 offers some noteworthy improvements over the 2020 range. Each model includes the A15 Bionic chip for slightly better performance, plus longer battery life, more internal storage, improved camera sensors, and new colors. The 13 Pro and 13 Pro Max are the first iPhones with ProMotion, a 120-Hz refresh rate, which you can read more about here.

Just like last year, there’s 5G support, but it shouldn’t be the sole reason to get a new iPhone, since 5G availability is still rather sparse in the US and not that different from 4G LTE in day-to-day use. To see more differences between each model, Apple’s comparison tool can help. 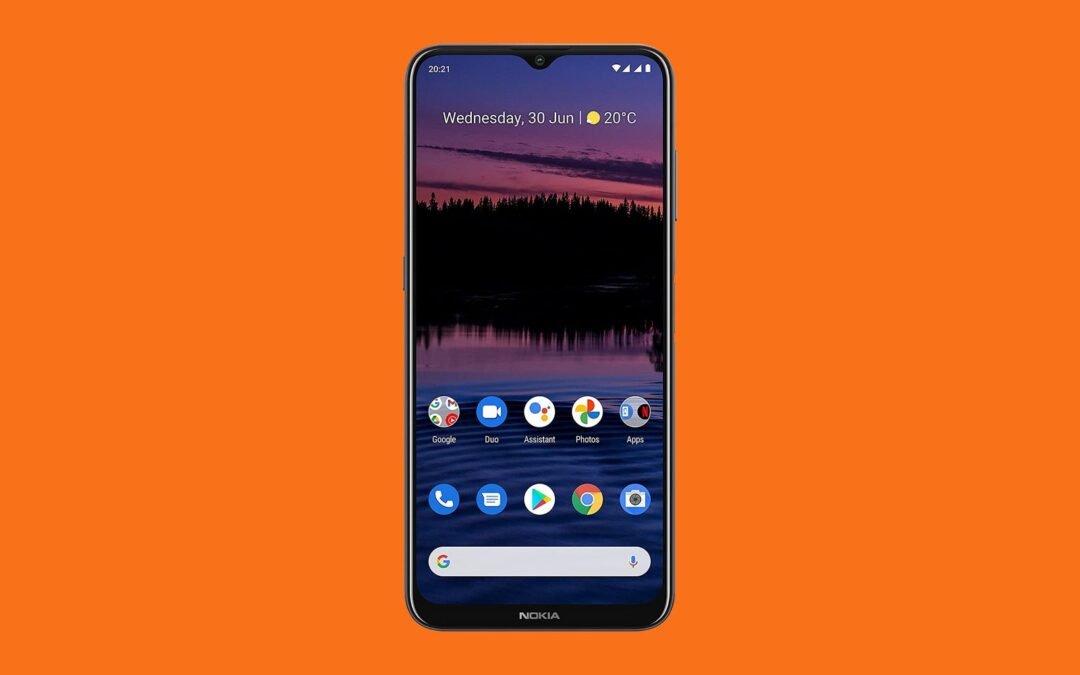 The Best Cheap Phones for (Almost) Every Budget

Works on all three major US carriers

There are speedier, similarly-priced phones to the G20—it stutters if you try to use too many apps in succession—but if you don’t use your phone much, this is a solid option that is cheap and will last two and a half days on a single charge. The screen doesn’t get super bright, but the camera is decent and there’s even a Night mode for better low-light images. Nokia promises three years of security updates and two OS upgrades. Two big caveats: It doesn’t work on Verizon, and it doesn’t support 5-GHz Wi-Fi, which is necessary for some services like wireless Android Auto.

It has the same Qualcomm Snapdragon 750G chip as the Galaxy A52 5G, but its performance is a little smoother. It’s powerful—arguably the best-performing Android phone in this guide—and it’s easily the nicest and most luxurious-feeling device as well. It has an aluminum frame and glass on both sides, though that makes it more fragile. It’s also the only Android phone here with wireless charging support.

The 6.67-inch AMOLED screen is colorful, and it gets bright enough to see outdoors. The 4,500-mAh battery cell comfortably lasts more than a full day of use, and it has the usual niceties like NFC, a headphone jack, and a MicroSD card slot. The only reason it’s not our top pick is that TCL only promises two OS upgrades and two years of security updates, so the Google and Samsung phones above will be supported for a longer time.

Also, it has 5G access but it isn’t available on AT&T, and there’s no IP rating for water resistance. It has a pretty good camera system, but it’s not as good as the aforementioned competitors.

Works on all three major US carriers (5G will work on Verizon soon, but not on AT&T)

Should You Buy Now?

Yes. Every major smartphone manufacturer has debuted its budget and mid-range phones of the year, and we’re not likely to see many new options until 2022.

If none of these phones have the features you want or aren’t as powerful as you like, your best option is to look for last year’s flagship smartphones, which might be steeply discounted. Sometimes they’re easy to find but some manufacturers stop selling them altogether, like the 2020 Samsung Galaxy S20 or the Google Pixel 5. Keep in mind that you’ll lose a year of software support.

If you buy an unlocked phone on this list and try to take it to one of your wireless carrier’s retail stores, they may tell you it isn’t compatible with the network. It likely is. Just use a paper clip or SIM ejection tool to pop the SIM card out of your current phone, then slide that SIM into your new phone. If it doesn’t work at first, reboot the phone or wait a couple of hours.

If you need a new SIM, try ordering one online from your carrier, or try to get them to give you a SIM when you activate a line in the store (if you’re starting coverage). Tell them you have a phone. Many times, reps will want to sell you a phone; that’s one potential reason they might hassle you into buying a different device in the store. 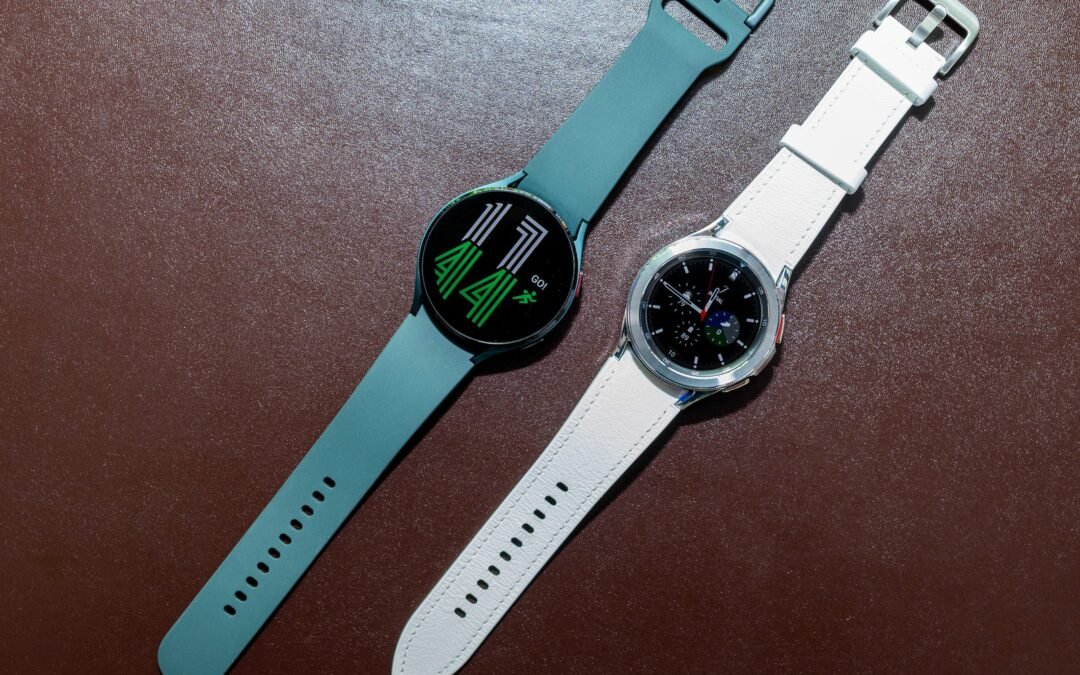 Everything Samsung Announced at Its Unpacked Event

The prices for both Samsung foldables have come down considerably, with the Fold3 going for $1,799 and the Flip3 starting at $1,000. If you preorder the Fold3, you’ll get $200 in Samsung Credit for Samsung.com, and it’s $150 if you snag the Flip3.

Samsung is going in a new direction with its smartwatches. Rather than relying on its bespoke Tizen operating system and asking developers to create versions of their apps that only run on Samsung devices, it’s embracing Google’s Wear OS operating system. The company codeveloped the software alongside Fitbit, the Google-owned wearable maker. That means Samsung watch fans gain access to more useful apps, such as Google Maps. And, given the popularity of Samsung’s smartwatches, the move could potentially encourage more developers to build apps for Wear OS, something Google has always struggled with.

The new Galaxy Watch4 and Watch4 Classic have user interfaces that look and feel very much like previous Samsung smartwatches, but there are many changes under the hood and some subtle tweaks that make them easier to use. For example, tapping the button on the side of the watch lets you access recently-opened apps. Both watches are powered by a 5-nanometer Samsung processor, and they have higher-resolution screens, 16 gigs of storage, up to 40 hours of battery life, and wireless fast charging.

Samsung says sleep tracking on its watches has improved too. The watches work with Samsung’s Galaxy phones for snore detection (using the phone’s mics to pick up the sound of you sawing logs) while collecting blood oxygen data via the watch’s sensor once per minute for more detailed sleep analysis.

The base Galaxy Watch4 replaces Samsung’s previous Active line. The new watch doesn’t have a mechanical bezel, but rather a digital one. (You can slide your finger around the edge of the screen to scroll through the interface.) I think it’s better looking than the Classic, and it has a tantalizing price: It starts at $250 for the Bluetooth version but adding LTE connectivity costs $50 more. It comes in 40- or 44-mm sizes.